UHCL Investments is the owner and operating company of Uvalco Supply in Uvalde, Boerne and Castroville.

Myers said that with more individuals working remotely, he hopes to see a greater number of people look to rural communities like LaVaca County as viable options. LaVaca County, about 115 miles east of San Antonio, is home to Shiner Brewery and has had a strong economy overall but one that could be slowed by a lack of technological resources.

“Rural Texas communities need better access to broadband services,” he said. “Without that, how can we expect people to work from home?”

Myers hopes to see increased state support for a push for more rural broadband access that could eventually lead to more citizens in those areas remaining at home rather than seeking out greener pastures in Houston or San Antonio.

Fowler pointed out that DeWitt County remains strong due in part to the success of the Eagle Ford Shale. The drilling in the shale had slowed over the years, but recent oil and gas price increases led to a rebound in DeWitt County fields. That’s caused an increase in the county’s tax base, but for Fowler there remain long-term financial concerns.

“The state has made tax concessions for the elderly, and others in need,” he said. “I support that. But in a rural county without young tax payers — our populations are growing older — how do we raise money when the Eagle Ford dries up?”

That may be many years in the future, but Fowler is looking to prepare his county now for that eventual challenge.

“It’s a balance that all of us in rural Texas are working on,” he said. 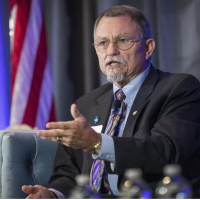